It's a long and lonely journey for a young & talented 'city boy' from his early Broadway HAIR and Woodstock fame to find his ultimate Road to Travel. Brought into Albany, NY's live music scene in the early 80's by fellow musician Johnny Rabb's suggestion "to get out of the fast lane and finally become appreciated." After completing his 4th album with Capitol, Bert was looking for real friends and a place to belong... The song playing in the background is 'Heart Of The City' ~ an unreleased demo that Bert did during his Albany years. 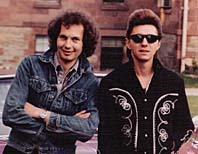 The initial story is kinda funny as Kevin McKrell remembers: "I met Bert one night in a club in Troy, NY. I was running a showcase night. I did a set at the beginning of the night and one at the end, so the rest of the night I was free to hang. I was at the bar when this tall, frizzy haired dude bops up ...and I mean bops! This fella was just dripping THE CITY. He had the cig dangling, checking it all out. However one look told you the boy is a player. He sits next to me at the bar and bums the first of what would turn out to be thousands of cigarettes. I am originally from Brooklyn so I understand subtleties and nuances of New York-ese. Cig was bummed, lit, current singer on the stage discussed, critiqued, found lacking, ...and all without uttering a word!"

Looking over the room finally Bert says in his best DeNiro voice "So who's dis fuck Kevin McKrell... they tell me dis guy's got dis fuckin town wrapped up". Yeah, I heard that, Kevin says. "That fuckin' shit's gonna stop" says Bert. Up comes Johnny Rabb, long time friend of Bert. "Hey Kevin how ya doing" says Rabb. Bert looks from Rabb to me and back again. "It was then that I first heard the sound that I would come to love over the next few years and miss more than I can say, Bert's laugh! A full body laugh, a New York laugh, and an I don't give a shit what you think laugh". From that night on ...and for the next few 80's years Bert, Kevin, Johnny Rabb and Carla were Albany's hottest band 'The Fabulous Newports'. 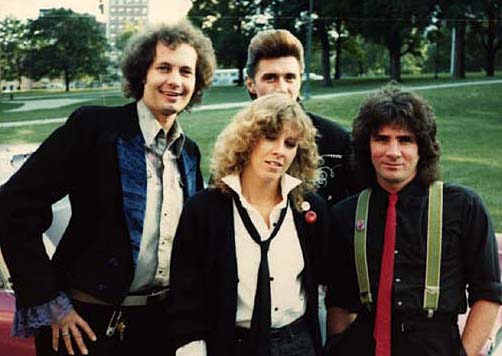 Denise Walpurgis remembers "The first time they played as a group was at a street festival that they have every year in Albany called the Lark Fest. They only knew about five songs and one of them was the Ballentine Beer theme. They were such a big hit around here that they stayed together many years as a band doing mostly cover songs in all the live clubs in the area." 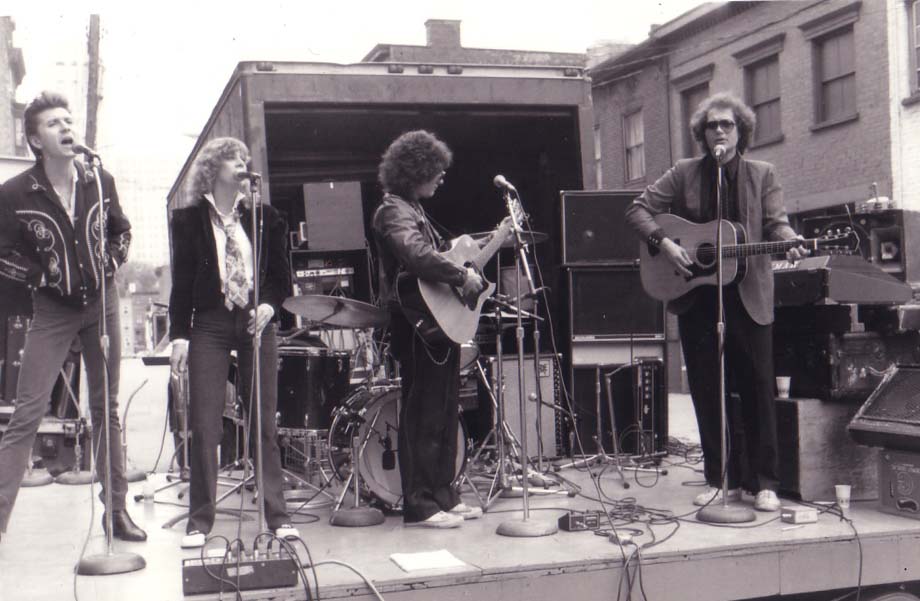 Later joined by 'Hair of the Dog' bass player Rick Bedrosian: "I first saw Bert Sommer at 'The Gemini' in downtown Albany. Rabb and I were just starting a rockabilly band and he invited me to see his other new band 'The Fabulous Newports'. I think it was their second gig. They were the husband & wife team of Kevin and Carla McKrell... Kevin was a big name in town and his wife was just so pretty (and such a great singer). Rabb had this great 'Elvis-like' stage presence. And then there was Bert ~ a voice like 'buttah' and the whole Woodstock aura. The Newports were definitely a force to be reckoned with... and I wanted in!

Their next gig was Lark Fest and I came with my brand new Nikon. I got some good shots, made double prints, and went to their next show. They liked the photos and I also pitched the idea of me joining the group as bassist and fifth voice to 'fill things out'. I think that they only did a hand full of gigs before I joined. What a blast we had. We were doing oldies just before they were in vogue, and the audience loved it. They went nuts. Then Bert's voice would hypnotize them. What a talent. We will never forget him!" 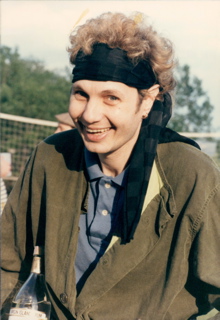 Click the >  play arrow below to hear Bert and The Fabulous Newports do their live cover version of Ringo's 'No No Song' ...but only after 'Heart Of The City' finishes playing.

Kevin & Carla are currently incarnated and still playing as 'The McKrells'.... a truly great
"Celtic / rock band" doing original songs and who has even played NY's Carnegie Hall!